Over one week ago, I attended FAD Phnom Penh 2014 in Cambodia. This Fedora Activitiy Day event was for APAC ambassadors to discuss budget planning, event planning, swag production and so on. Below is my full report of the two-day event.

I left Beijing in the afternoon and saw the beautiful sunset on the plane. My flight have an intermediate stop at Guangzhou, and we had to get off the plane their, accepted the custom check, and then went back to the same plane. I arrived at Phnom Penh International Airport at midnight. Although we filled the arrival card on the plane, we later found that we need to fill another health form (for Ebola) before getting the visa on arrival. With the help of Somvannda, I saw the Tuk Tuk driver easily when I came out of the airport, who was holding a nice sign with Fedora logo and my name. It took about half an hour from the airport to the Passion Guesthouse. I must say it was really cool to ride on a Tuk Tuk at midnight in Phnom Penh not only because the temperature was not high, but also because it made me exciting to be in a Tuk Tuk on the flyover! With banners in Chinese catching my eyes from time to time, I find Cambodia is somewhat familiar even though this is my first time to be there.

It was quite late when I arrived at the guesthouse, and I was very surprised to see Somvannda, Tuan, Siddhesh, Danishka still awake. It was so sweet of them to wait for me till the late night.

On Saturday morning I met Nisa, Izhar, and Sirko (gnokii), and we began our two-day meeting. We used the #fedora-fad IRC channel to involve remote participants. We also set up a pad on PiratePad, where I was responsible for taking important notes.

The meeting started with Sirko’s notes. He is from Germany, and he was there to help the first ambassador FAD in APAC. He pointed out the major problems with APAC communities in his mind, and offered his suggestions. He emphasized the importance of setting deadlines and installing rules. Then each of us introduced the situation in each country respectively. It seems the common problem is to attract new contributors. There are various reasons for that, such as pirating and unawareness of license, competition from other distributions, and shift of interests to cloud and apps. I think to tackle the problem, we need continuous education and promotion, and in particular we need to stress our core values and main characteristics.

Then we spent the remaining day discussing the events and allocating budget in the next fiscal year. As we can see from the wiki page, there are many events planned in the APAC region, and it is nearly impossible to ensure Fedora presence in every event. Therefore, there were a lot of debates about budget allocation when we went through the long list of events. Sometimes the discussion went off topic but we managed to bring the topic back. After we finished the budget planning, we summed them up and found a big total amount. So it is still necessary to assign different priorities for the events in case of budget cut down. It will be one main job after FAD.

According to the current budget allocation, we will promote Fedora in release parties, SFD, DFD, HFD, Linux Day as usual. We also want to have more not-so-big meetups which are for Fedora contributors and users but not tightly related to the release. Besides, we would like make Barcamp Phnom Penh and COSCUP places where ambassadors in the whole APAC region can meet and discuss. 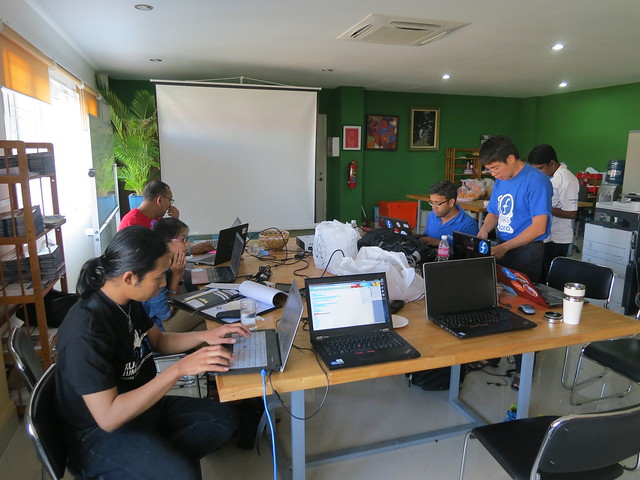 We were quite tired after the whole day’s meeting, but we got refreshed by the local seafood at Kuch Angkor Restaurant. A friend of Tuan in Cambodia joined the dinner. We talked about a lot of things and enjoyed the Angkor beer very much.

The remaining topics were discussed on the second day. We first briefly talked about FAD and FUDCon. One current issue with FUDCon APAC is that the planning phase is too short since decision is made in January and the event happens in May. Sirko suggested that the decision should be made earlier, maybe announced right at the previous FUDCon. This way it is better advertisement and long planning period. We cannot make it work this way for FUDCon APAC 2015 though, which means possible hosts should bid for the next year’s event as soon as possible.

The main topic was swag production actually. We generally agreed that it is better to have central massive production to reduce the cost, and it is good to produce some swags with EMEA. But there are so many counties in APAC and different regulations about shipping. So first we need to collect the cost of production and shipping in each (active) country, and we set the deadline to be January 1st. We also discussed materials (such as banners) tracking and set the same deadline to work out the inventory of materials in APAC. 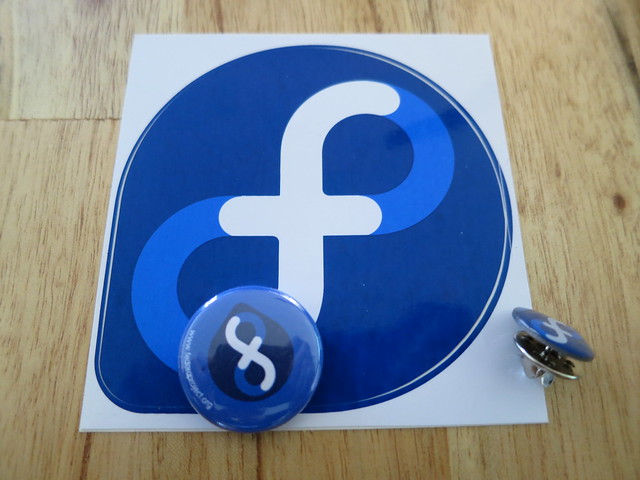 With APAC credit card holder Izhar on site, we went on to discuss the payapl transaction fee issue. It is a pain that currently ambassdors have to lost some money when getting reimbursed due to transaction fee charged by paypal. Several workarounds were proposed, and hopefully we can make real progress and no longer have this issue in the near future. 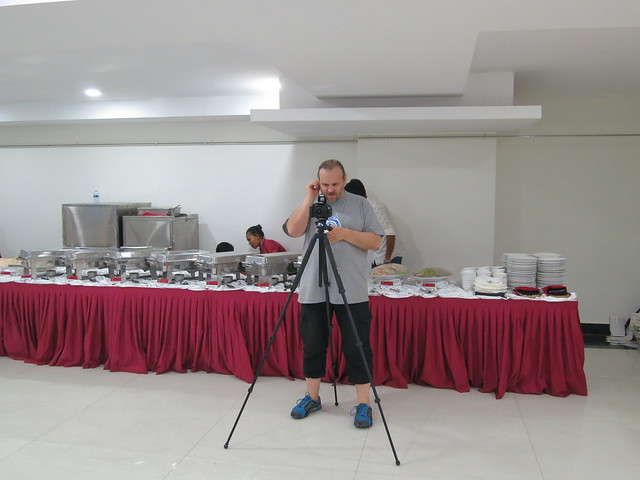 The last night in Phnom Penh was full of memory. We had two (!) dinners, walked along the river, visited the night market, saw famous sight spots when riding on the Tuk Tuk, and discussed even when we got back to the guesthouse. I wish I could stay longer, but to catch my flight, I left in the beautiful morning of Monday.

I have a busy schedule recently, and now over one week has passed since the FAD. I see it was a really great start for APAC ambassadors to get together, meet face to face, and fulfil important tasks. I look forward to more chances to involve more ambassadors in the region to work together. In this way we can make bigger differences as a whole.